FALCON FLIES TO THE MOON 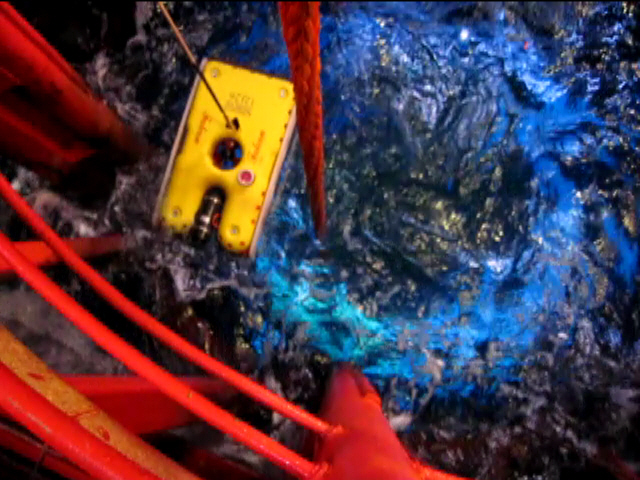 Flying a Falcon ROV by helicopter to be dropped down a moon pool for an urgent inspection, offshore Western Australia, is just one of the big demands made of the smallest ROV in Saab Seaeye’s range by Australian subsea operator Dive Works

Soon to take delivery of their third Falcon, Dive Works’ managing director Andrew Ford, believes in exploiting the capability of the compact Falcon to its fullest.

“We keep finding ways to make the Falcon do the work of larger ROVs and save money for our customers,” he says.

In one instance he is saving the industry over $150,000 every time he uses a Falcon for a task typically undertaken by a light work-class ROV.

Previously, to fit a monitor into a well-head delivery line needed a work-class manipulator with muscular outreach power to engage and key-turn the unit. Dive Works’ clever idea is to utilise the Falcon’s thruster power for a task that needs 12 kilos of down force. Simply by designing and fitting a fish-head key-lock to the underside of the ROV, straight below the central thruster, the ROV is manoeuvred over the fish-head using the idea of a slave camera fitted inside the key itself. Once in position, the ROV pushes down, then the whole vehicle rotated 90 degrees to lock the monitor in place. The procedure is reversed for recovery.

‘We’ve proved time and again, that if you think outside the box you can discover new ways to extend the capability of this versatile ROV,’ says Ford who has been using Falcons since 2005. ‘Most people just don’t think creatively about tooling.’

He adds that savings can be made, not only through creative applications but also because the Falcon is a highly mobile ROV that needs fewer operators to deploy. Worldwide, ROV operators have been won over by the Falcon’s versatility and proven reliability in the harshest conditions – winning it a reputation that has made it the best selling ROV in Saab Seaeye’s range, with over 210 in operation around the world.

“We keep finding ways to make the Falcon do the work of larger ROVs and save money for our customers.” – Andrew Ford

Operators not only like that it’s light to manhandle, but role change is easy using bolt-on under-slung modules.

Connecting up to 128 devices together on a single RS 485 serial network has a plug-and-go simplicity similar to the way a USB port senses whatever systems are fitted.

Finger-tip maneuverability comes from five powerful independent magnetically coupled brushless DC thrusters, each with velocity feedback for precise and rapid thrust control. It has a fast PID control system with a solid-state rate gyro for enhanced azimuth stability that prevents overshoot on change of heading as well as stabilising the vehicle in forwarding flight. A pitch and roll sensor has also been added. 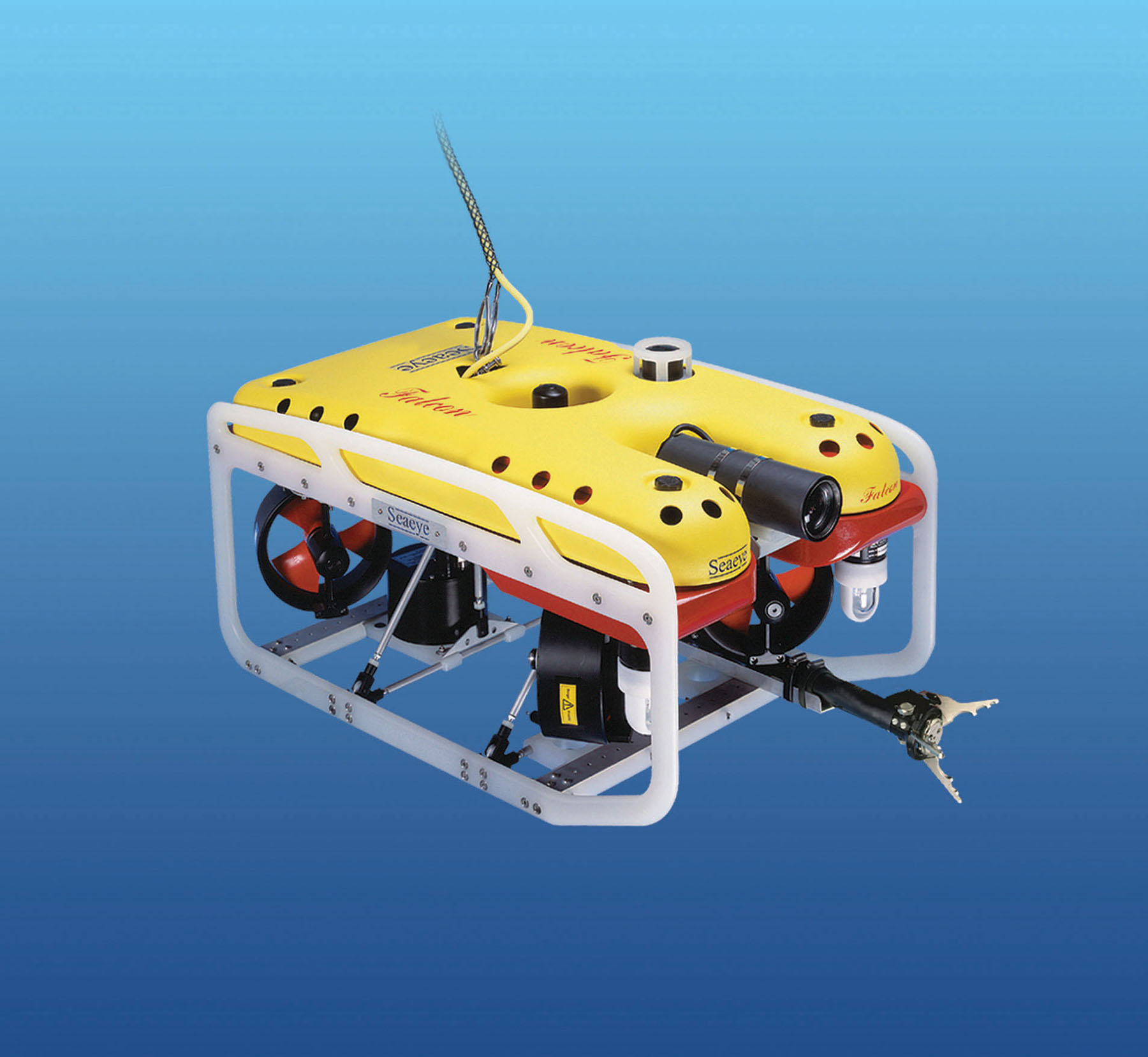 The core Falcon has lights, camera and video options as standard including solid-state gyro, compass, depth sensor and a 450 metre umbilical. The deep rated 1000 metre version has built-in fibre optics for high volume data transmission over its long umbilical and uses broadcast-quality video cameras. It also has tilting variable intensity lights linked to a camera tilt mechanism for superior illumination when filming above or below the vehicle.

Fitted with Saab Seaeye’s LED lamps’ design, the lighting system’s reliability is hugely increased by avoiding the need to recover the vehicle from replacing a failed lamp.

For inspection and mapping work the Falcon can be fitted with inertial navigation, a Doppler velocity log and profiling sonar.

Newly available is an up-front flight display overlay where the pilot sees not only compass and depth but pitch and roll, camera tilt angle, umbilical turns counter and time and date. The flight monitor can also display editable user messages and system menus. Fitting additional sensors to the ROV allows odometer and CP readouts to be available.

Dive Works operates its fleet of Falcons around the whole of Australia, not just in the oil and gas industry, but in government and water authorities, and the aquaculture industry where it has built a reputation for inventive solutions.